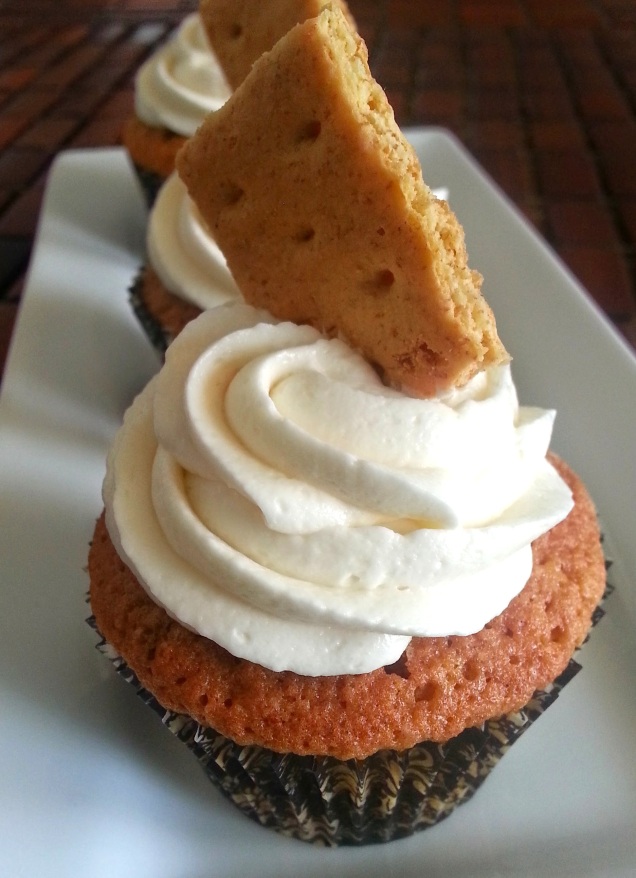 I hope you all have not forgotten me for I have not forgotten you. I have been away for quite some time as a result of moving, starting college once again, and chasing a toddler. All of this silly adult stuff left me little to no time to bake and without anything baked I simply can’t write…or at least I can’t write anything interesting. So I suppose Memorial Day is a good time to return to all those who have not forgotten the work of this website despite my long absence. 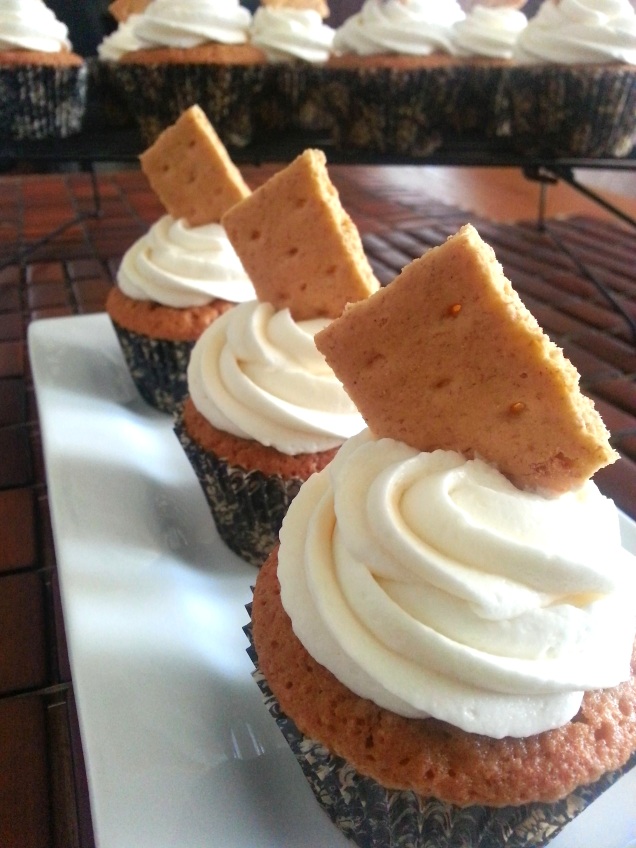 Although Memorial Day weekend is a U.S. national holiday to remember our loved ones who have passed away it has also become a weekend full of family get-togethers, barbecue’s, camping, and traveling. One of America’s favorite classics usually makes its grand debut around this time each year and continues through the rest of the summer. You will find it featured on t.v. shows, local eateries, and in your newspaper circular hosting sales of the items that go into making the classic. What is it you ask??? Why the S’more. S’mores are a classic all-american summer favorite and although this post is not about s’mores it does have two of its main components. 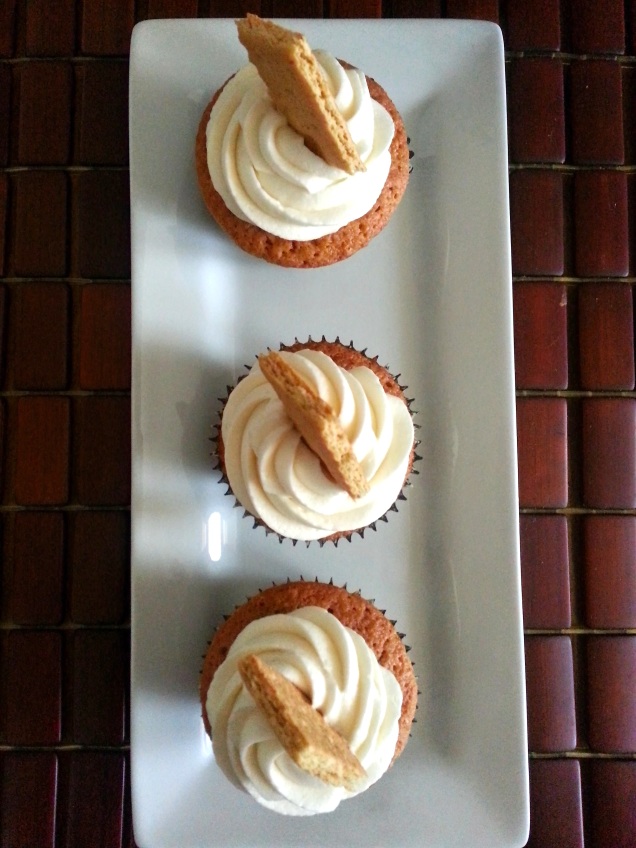 As much as I love s’mores they are very messy and especially in 90 degree heat the chocolate part of the s’more deteriorates rapidly. I sought after a travel-friendly pastry that would be inspired by the s’more without the messy chocolate. Also I do so much with chocolate it is nice to take a break from it every now and again. Oh and don’t worry, I have no plans on boycotting chocolate. Chocolate and I have a long-standing relationship I would never dare break. 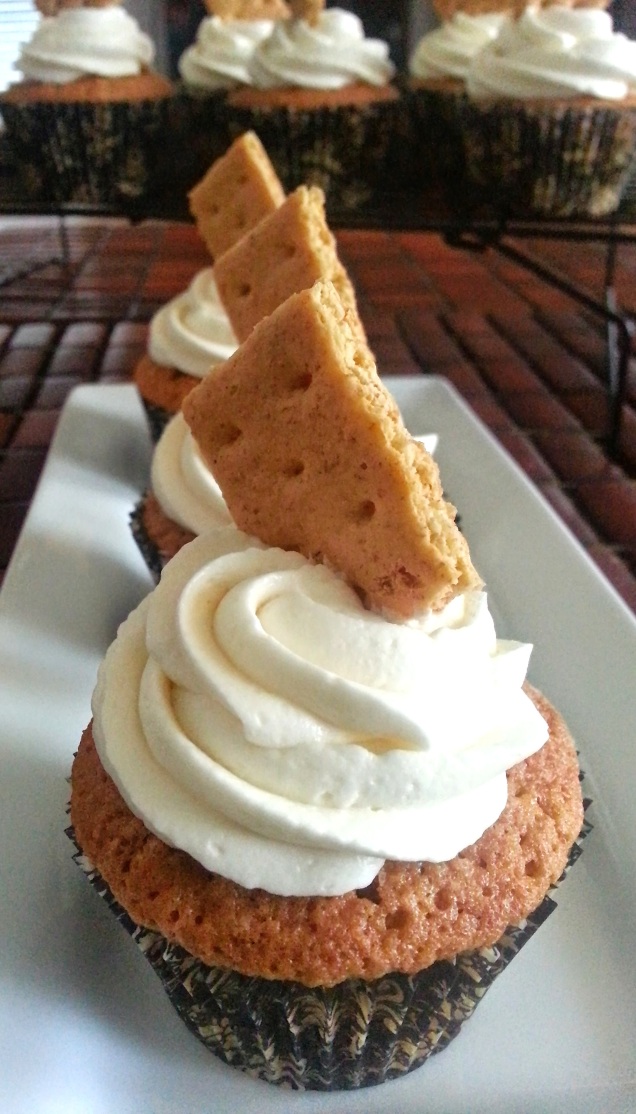 So without chocolate that leaves graham crackers and marshmallow. The graham crackers are always the base of a s’more so in this recipe they are also used as the base. By grinding the graham crackers in a food processor I created a graham-like flour that bound the cupcake batter together pretty well on its own, which made the addition of flour minimal. The amount of graham cracker “flour” not only held the batter together but also leant a subtle sweetness and hearty graham flavor. With the base so perfect the topping also had to be perfect. What better way to incorporate the marshmallow of the s’more into a rich and creamy marshmallow frosting.  The rich marshmallow frosting meshes so well with the graham cake it is no wonder the match has been loved by so many for so long. If only the chocolate was invited to the party…maybe next time.