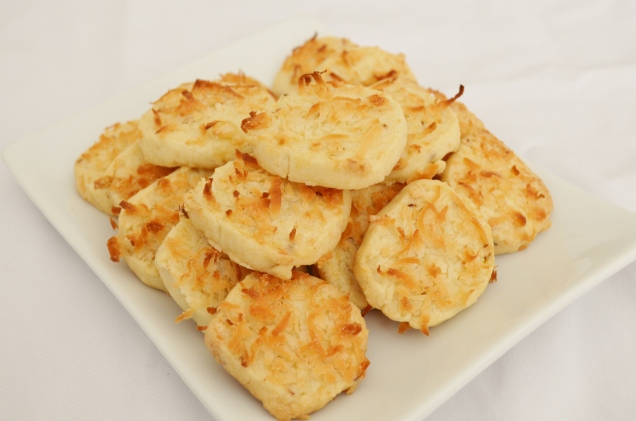 Mondays are never good days for many as it marks another long work week with memories of the great weekend becoming a more distant memory, however yesterday was truly a more sorrowful day here in America. My thoughts and prayers are with all of the people in Boston and all those who were participating or spectating when the Marathon bombing occurred. It is very hard to move on after such tragedy but it is little things that will make it easier to cope with. For me, indulging in sweets is a way to soothe a sad heart and I’m sure it is for many others and so it is only fitting I post this simple but indulgent cookie formula on a day like today.

On a lighter note, this past weekend my parents had to go to a function at one of Florida’s state parks and I was asked to help provide something for them to pass at the potluck. Being a little scrapped for cash lately I decided to pick something that would be unique and stand out enough but utilize ingredients I already had in the pantry. That is when I came across a French gem, the Sable cookie. Sable  is French for “sandy” and certainly fits the crispy crumble texture of this butter cookie. The typical American butter cookie is found around the holidays cut into shapes and covered in a sugary frosting, which I knew would not hold up well to the hot Florida elements and is not to mention a bit generic. So choosing the French base dough and giving it a tropical twist felt more befitting for the outdoor occasion.

The preparation is a bit unorthodox. Instead of using a raw egg, the dough is actually made with a hard-boiled egg yolk but it is crucial not to skip this step as it promotes the sandy tender texture. If you were to use a raw egg or egg yolk, the dough would have too much moisture and not be true to it’s name. Besides the step of boiling an egg, this formula has simple ingredients and simple preparation, yet provides a striking European-style delicate confection.