October is just around the corner and many of the typical fall favorites have already made their annual debut. For most, October signifies the time to use or buy the traditional flavors of fall (pumpkin, apples, & warm spices) in everything from food to candles and soaps. For those with a German heritage, it is also the time to anticipate Oktoberfest. Every year in October, Germany holds an annual festival in Munich called Oktoberfest. The festival hosts attractions and serves up traditional food to visitors from around the world. The most notable feature is the consumption of Oktoberfest beer. Although the main festival takes place in Germany, there are many festivals across the globe that mimic the original and allow people to celebrate the tradition no matter their location. When attending the Oktoberfest near my home in Central Florida there are three traditional items I can’t leave without trying: a Frankfurter covered in sauerkraut, a pretzel, and Apfelstrudel. Of the three, the Apfelstrudel is the most important to me because it is something I cannot easily replicate at home. The light and flaky dough is so hard to manage that I have only attempted to make the traditional German version twice. You literally need a large table, tablecloth, and a ton of patience to stretch the dough until you can literally read a piece of paper through it but without tearing a hole in it. This is no easy task folks I assure you. That is why most pastry shops in Germany have switched to using phyllo dough to replace the labor intensive traditional way.

To be quite honest even phyllo dough can be tricky to work with, which is why when I wanted an easier version to replicate at home I decided to use puff pastry. You can achieve a similar light and flaky crust as the traditional dough or phyllo, but without all of the hassle. One day when I am feeling more adventurous and I don’t have a preschooler and infant taking up the majority of my time, I will attempt to make strudel again with phyllo in place of the puff pastry. For now though, this will be my easy go to recipe when I want a taste of Oktoberfest at any time of the year. 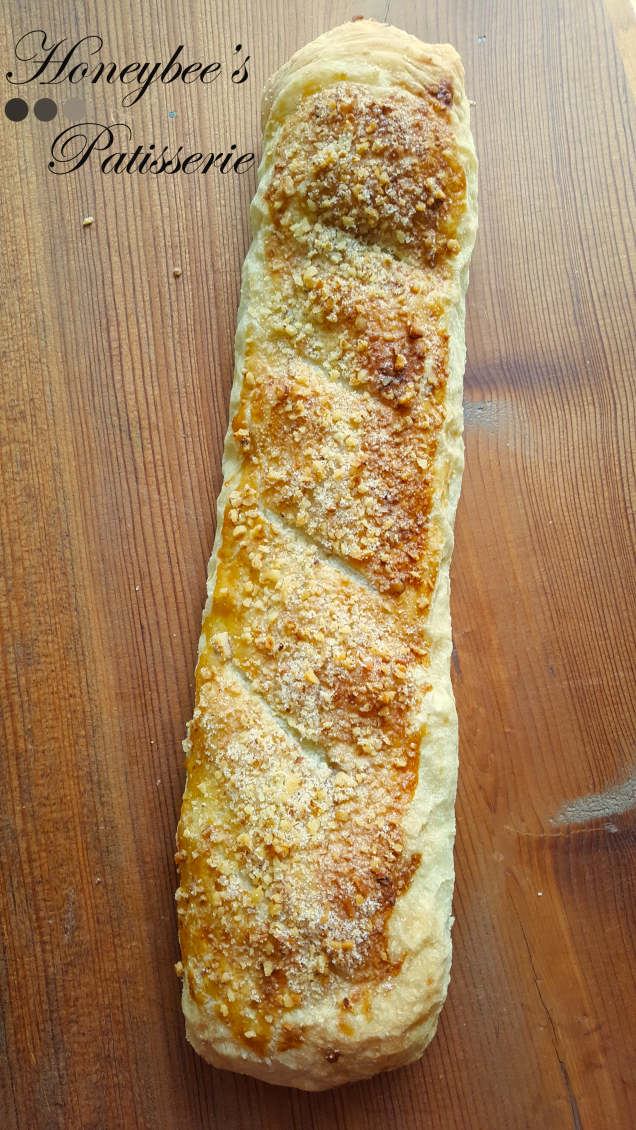